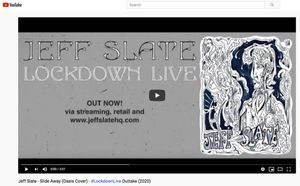 The video is available now on Jeff's official YouTube channel!